Networking in video games and esports: online and in-person

Networking will always be a critical component to long-term success in any industry, even when you have to do it in an online setting. We take you through our advice on staying connected both online and in-person. 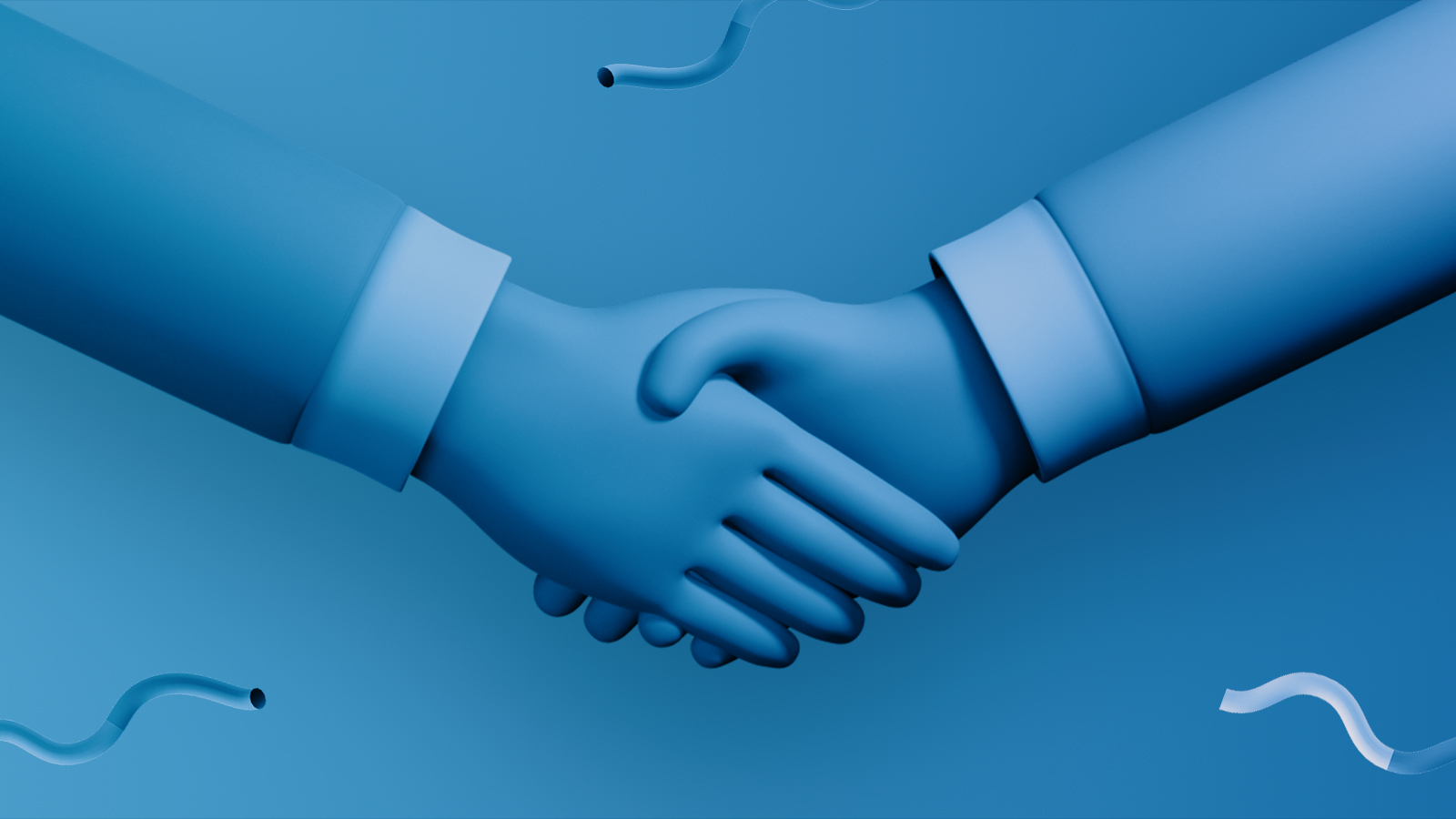 Here at Hitmarker, we talk a lot about the job application process. Resumes, cover letters, interviews — you name it.

However, we’ve neglected writing about a key part of the career-finding process for long enough: networking!

That’s why we’ve put together this guide, from why you should start networking to how to go about it.

WHY SHOULD I NETWORK?

Networking is an excellent way of meeting people in your industry to collaborate with or help each other. It’s amazing to work with people you get along with, and networking is an effective way of building relationships which will make this easier in the future.

Networking can also connect you to new job opportunities. In a career-finding sense, it’s vital.

Some job opportunities don’t even make it onto job boards, as companies may know someone who has the skills needed to succeed in the role.

Networking allows you to be on the radar for just these situations, to ensure your name comes up if it’s a position that may suit you. This is especially true in competitive fields like casting, hosting, or writing.

If a job does get posted publicly, networking can still be a game changer!

Having connections in the company, or even just the industry, can give you an advantage. It’s no substitute for being legitimately qualified for the role, but a vouch or recommendation by someone in your network will go a long way.

WHERE DO I NETWORK?

We would usually say that in-person events are the place to network, but COVID has put a stopper on that.

That said, the world has been fast to adapt, and since the video game industry is largely digital, there are still places to meet and speak with key figures in the space.

Live events are making a return, and if you can make it to a physical event and feel safe doing so then we absolutely recommend it.

But until then, here are some online solutions.

We know the importance of meeting new people in the industry — so much so that we did something about it!

We host regular networking events and community game nights in our own Discord server. These are 100% online and 100% free. You shouldn't be prevented from expanding your network just because you're not in one of the industry's hotspots, so we wanted to make them accessible for everyone.

Join our Discord using the link below and then navigate over to the dedicated "Events" tab at the top of the channel list. We list all upcoming events here, and you can even RSVP to get notified when we go live.

See you in there!

LinkedIn should always be your first port of call for professional networking, regardless of what industry you’re in.

It’s a career-centric site that makes contacting and connecting with new people easy. Everyone looking for a new role, or already within esports or gaming, should have a LinkedIn profile.

LinkedIn also has the advantage that everyone on the platform is there for professional reasons.

You’re much more likely to find success networking here than on other platforms, simply because people on LinkedIn expect to be reached out to.

That’s not to say messaging people elsewhere won’t work, but on Twitter or other social media sites there are lots of other reasons to be active. LinkedIn doesn’t face that same hurdle.

With COVID-19 kicking in-person gatherings out of the window, the gaming and esports industry was quick to gravitate online to keep connected and moving forward.

Online events continue to run, even now that in-person meetings are possible. And as a job-seeker, you can absolutely use online events to your advantage.

Not only do they expose you to a wealth of information in the form of panels and other live content, but you’ll also have direct access to the decision-makers of the industry. And guess what? They’re all there to connect with new people too.

We’re not exaggerating when we say there’s been stories of people finding jobs through online events. Thomas Spencer from Geekletes found his job through Gamerjibe, a virtual 3D networking space that hosts events.

Attend online events, build relevant connections within the scene, and there’s no telling what opportunities they could point you towards — either at their own company or one they know.

Twitter is a much less formal environment to network in, but is still exceptionally important in the world of esports and gaming.

This is especially true for roles that require you to have your own personal brand, since this is one of the most effective platforms to create a following on.

If you don’t have a Twitter account that you keep regularly updated, and want a role in social media, casting, or marketing, then you should get one right now. Think about it: if you’re going to represent a company or their product, you want to show them that you can represent yourself well for starters.

Past creating an impressive personal social media presence, many esports and video game professionals are on Twitter.

Some of these people will have their DMs open for networking and discussion purposes.

The etiquette here is the same as on LinkedIn, but with the added consideration that some people may not want to talk about work on a more casual platform.

Less authentic connection attempts are likely to be pushed back, so consider if the person you’re trying to connect with is likely to respond before reaching out on Twitter.

For example, if you are trying to apply for a role within casting, or to become a full time caster, networking with other casters who are further along in their career can be a good learning experience.

However, asking about how to get the role they have can come off as rude if there isn’t a connection already; this is a small industry after all, and they may not want to give away trade secrets to someone they don’t know.

In much larger sectors like software engineering or marketing, however, this is less of an issue. The career advice professionals in these zones can offer is unlikely to threaten their own career, or add competition to future job prospects.

HOW DO I NETWORK?

Network all the time, not just during the job search

Networking is a vital tool for finding work in esports and gaming, but that isn’t the only time you should be doing it.

If you’re keeping relationships going even when employed, it can be an excellent tool for finding partners and hearing about new opportunities, even when you’re not actively looking for one.

Nurturing relationships during employment can also help if, and when, you do find yourself job hunting again, since you’ll already have gone through the introduction phase of speaking to someone.

Be mindful of time zones

The world of esports and gaming is international, and so networking has become increasingly global as well.

This has created new etiquette based on time zones.

While many people will action things as they see them, there are cases where people could be woken up by notifications at impolite hours.

Pinging someone’s phone at 3am isn’t the best way to start a conversation, so make sure you know the time zone, or at least general area of the world, of the person you’re reaching out to.

That way, you can reach out at a time you know should suit them.

Messaging someone to ask for help can be grating for people after a couple of encounters, so it’s often better to build a mutual relationship rather than approaching someone solely for advice.

However, it is also important not to appear fake in order to gain something out of a friendship, as that can lead to a lack of trust and even damage your reputation.

Search for the middle ground. Only make those connections you think will be authentic, such as with people who have similar positions to you, or who work in a similar area of the industry.

Reach out with a purpose, and try to be transparent about what that is. Remember that among your connection request could be 10 other people trying to sell that person something. Make it obvious that you won’t be pitching them a product within three messages if your reason for reaching out is purely to grow your network.

Be both sides of the coin

It’s easy to come at networking with just your own needs in mind, but it’s always a two-way process.

If you help those who approach you, especially when you are employed, then those people will be much more open to helping you in the future.

On the reverse, if you don’t support those who come to you, then you’re unlikely to get help in return.

This one links back to our earlier point about networking at all times. Keeping in regular contact with connections, whether that’s through messaging, interacting with their posts, or something else, will make sure the relationship doesn’t die.

Throwing away a connection usually shows you haven’t built something authentic, which is not a good sign, and means it’ll be harder to benefit from it again in the future.

It’s easy to think that contacting people and talking to them is enough on most platforms. However, having a strong brand and presence not only makes your social media more valuable, but it also increases the chance of people reaching out and interacting with you.

For that reason, it’s important to grow your own brand. Being visible within your industry broadens the number of people who are aware of you. This should, in turn, lead to more requests, conversations, and opportunities to use those connections to mutual benefit.

While these tips don’t cover every situation, they should provide a strong baseline for networking.

Everyone is different and will respond differently, so finding what works for you is an important part of developing your professional brand and style.

We have over 10,000 esports and gaming jobs on Hitmarker, and are active every day of the week. And if you’re looking to start your network, we’re always happy to have a chat.

Good luck, wherever you are in your career journey. 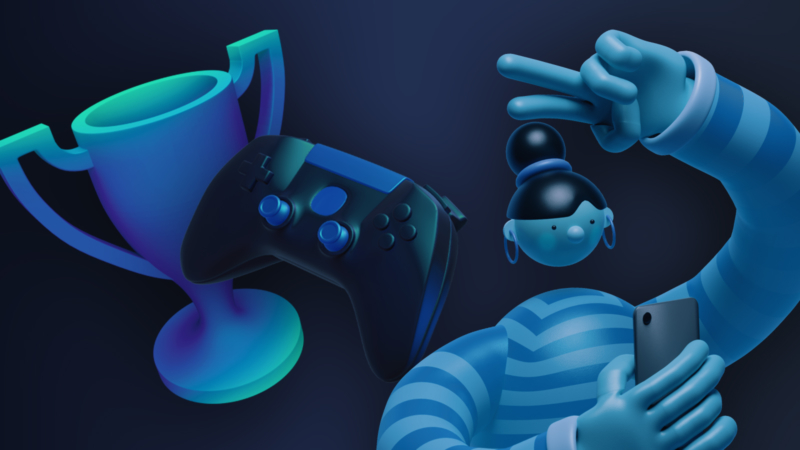 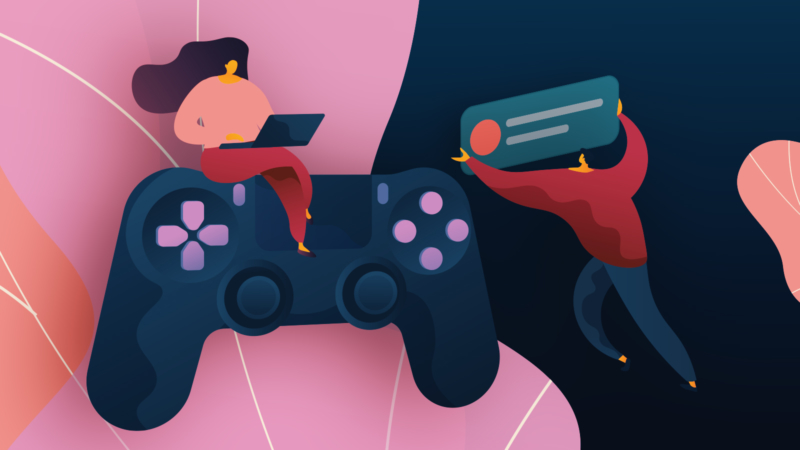 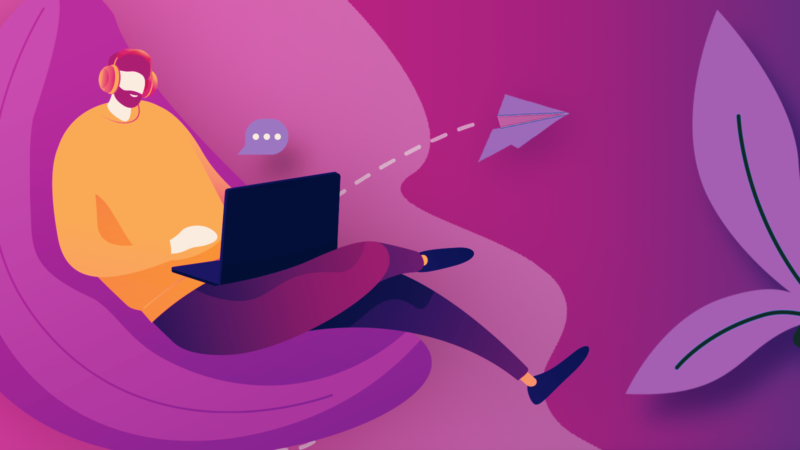 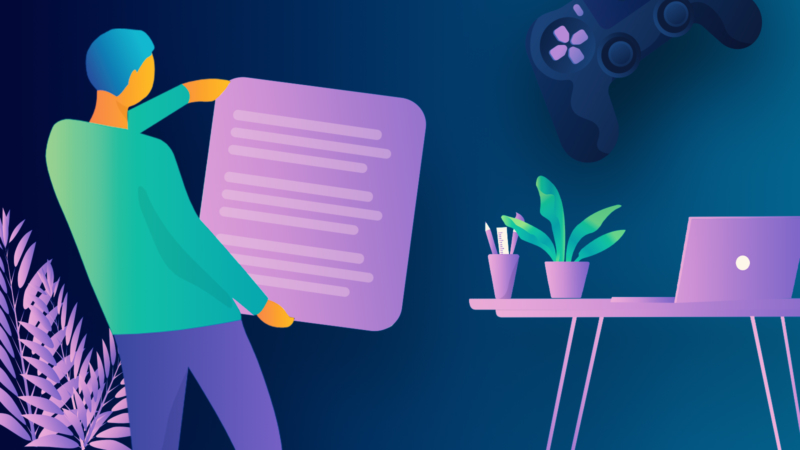 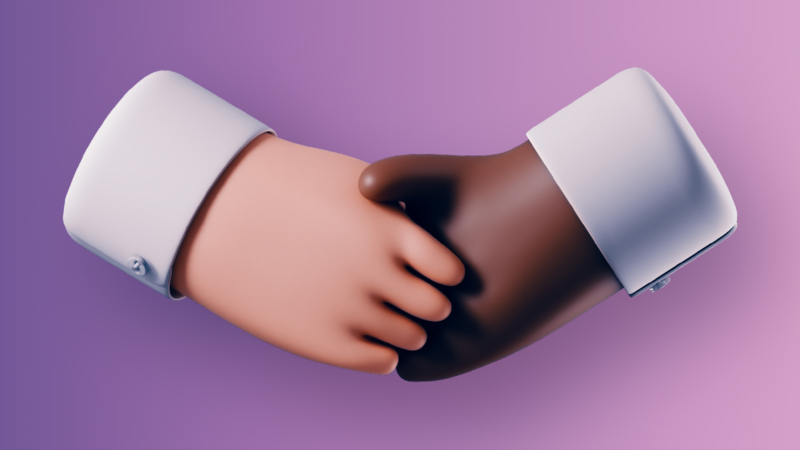 How to ace your next job interview 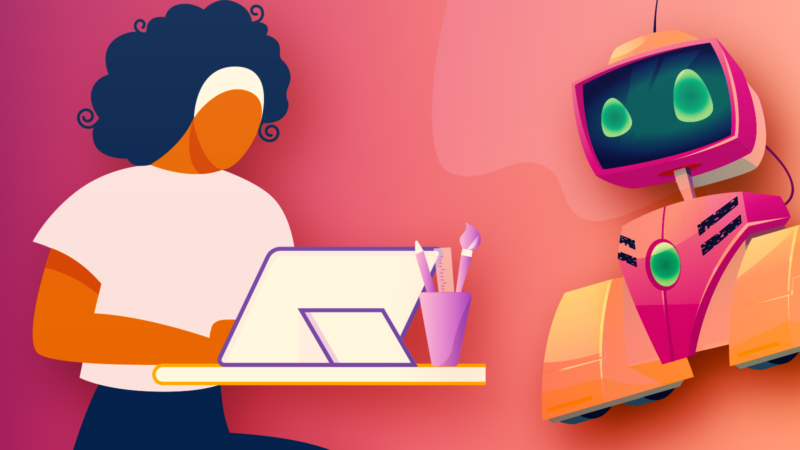 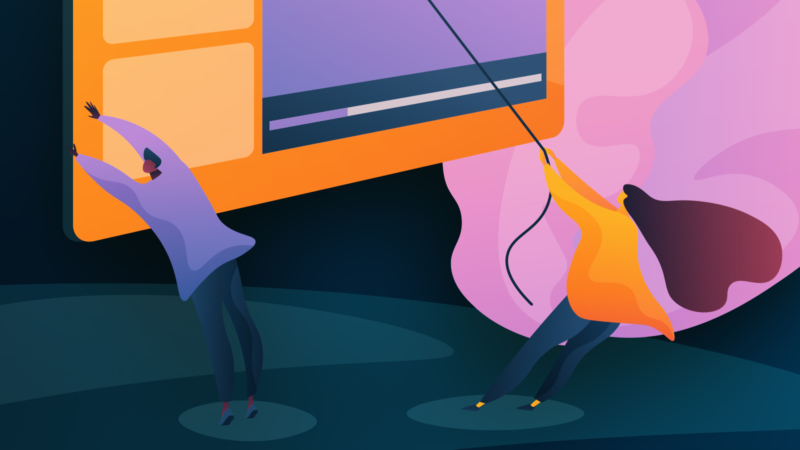 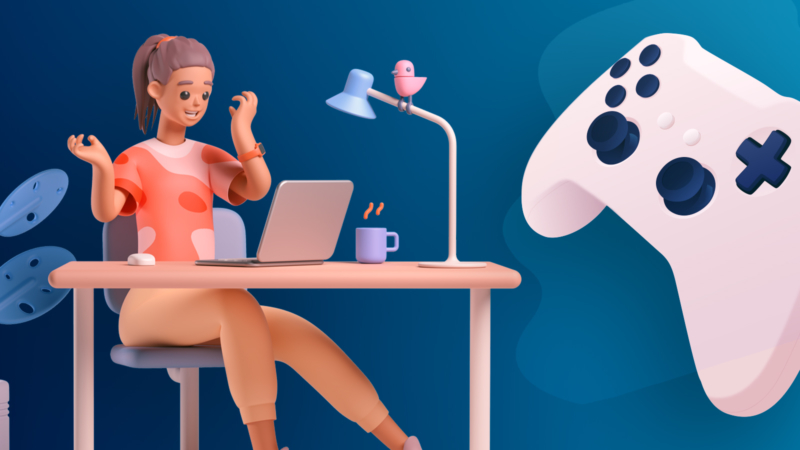 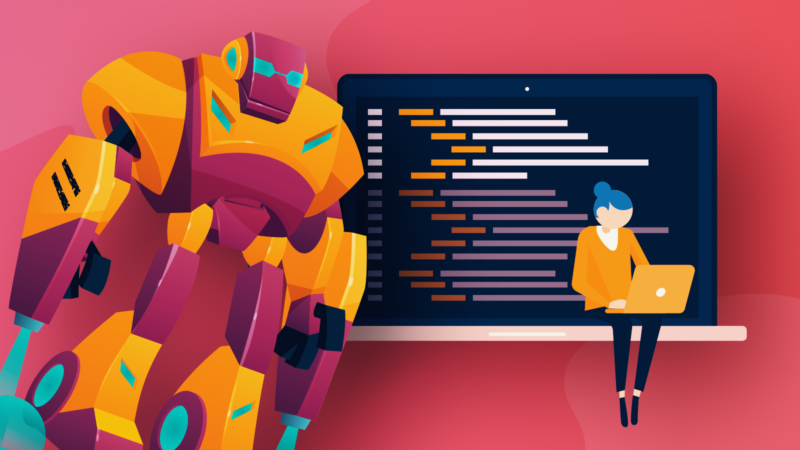 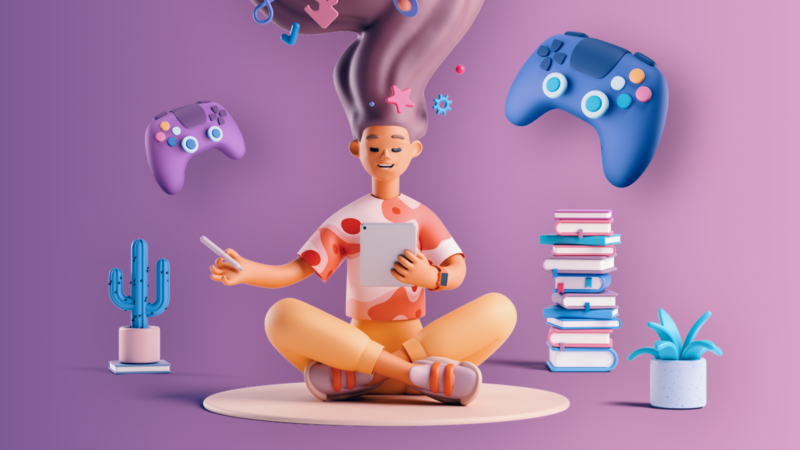 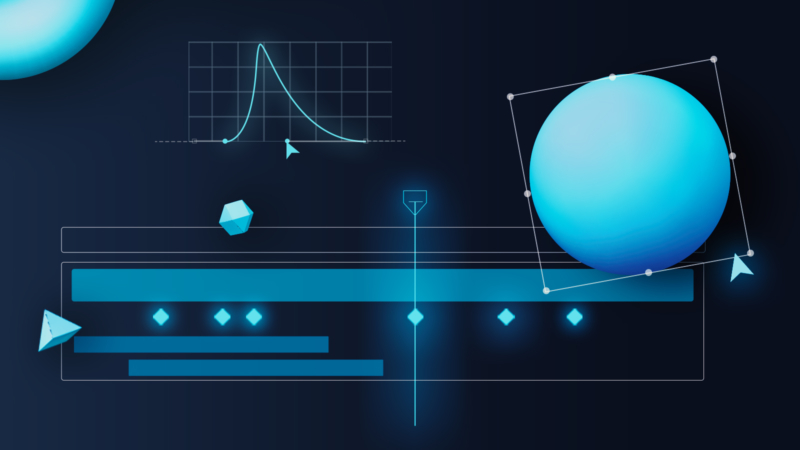 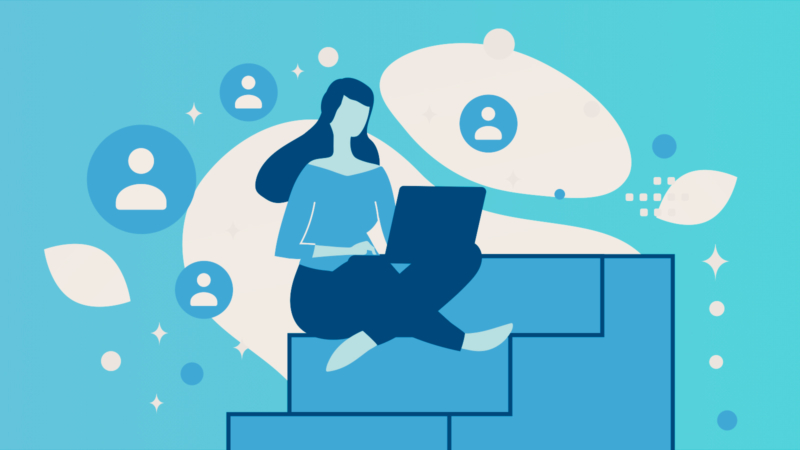 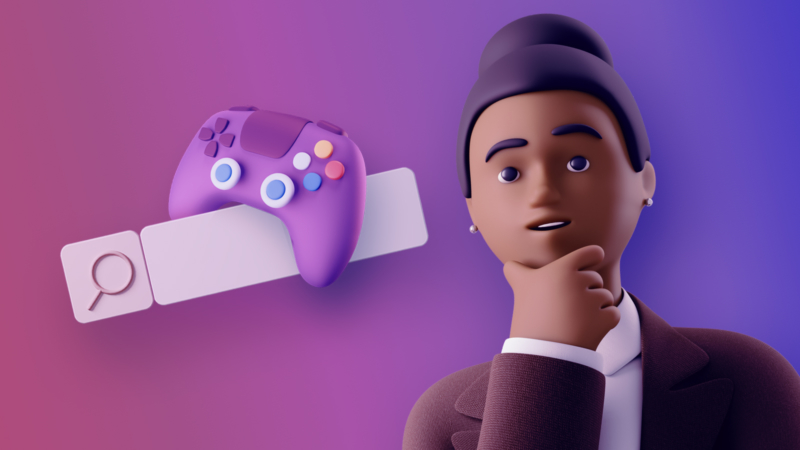 Switching from an outside industry into video games: our advice 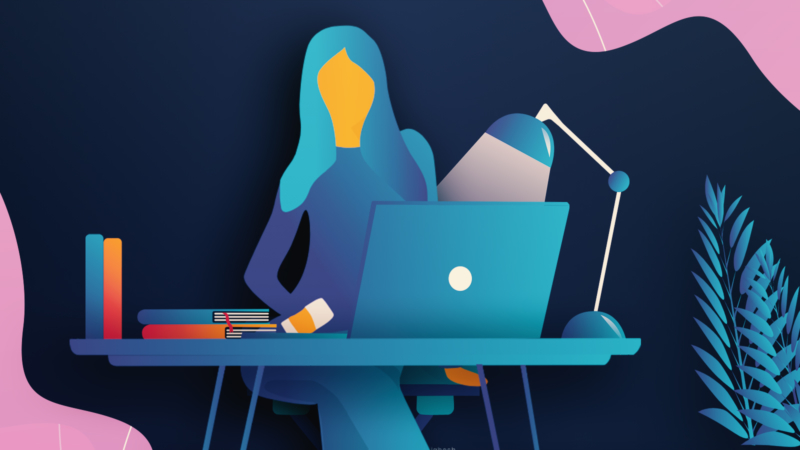 How to develop skills employers want 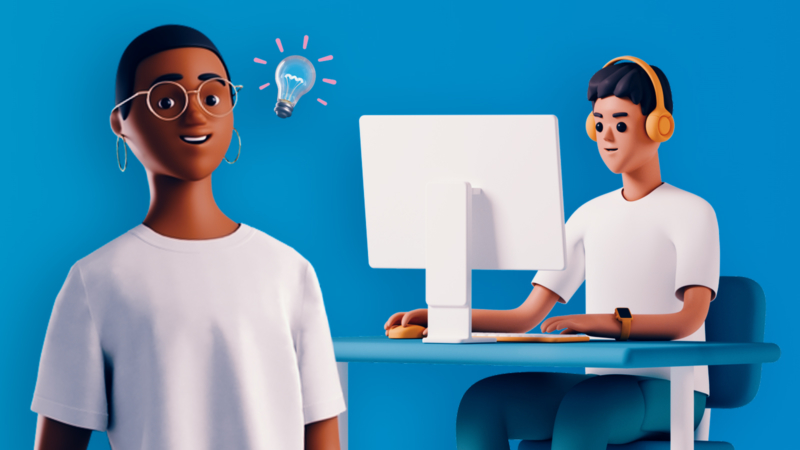 Making your job search easier with recruiters: our advice 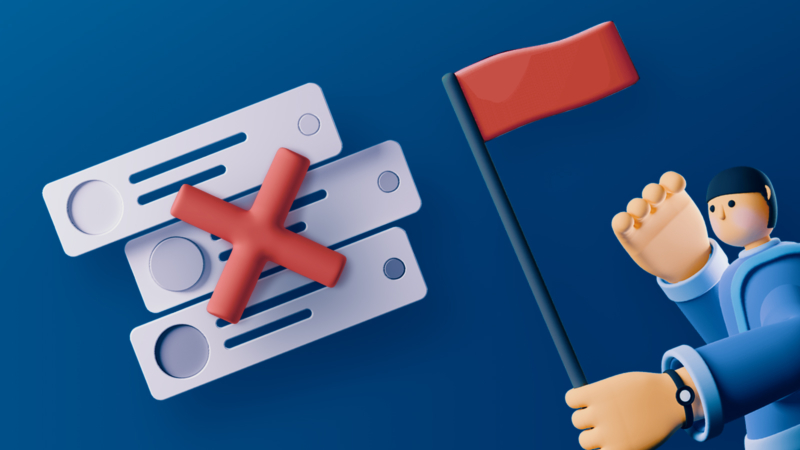 Red flags to look out for when applying to a job 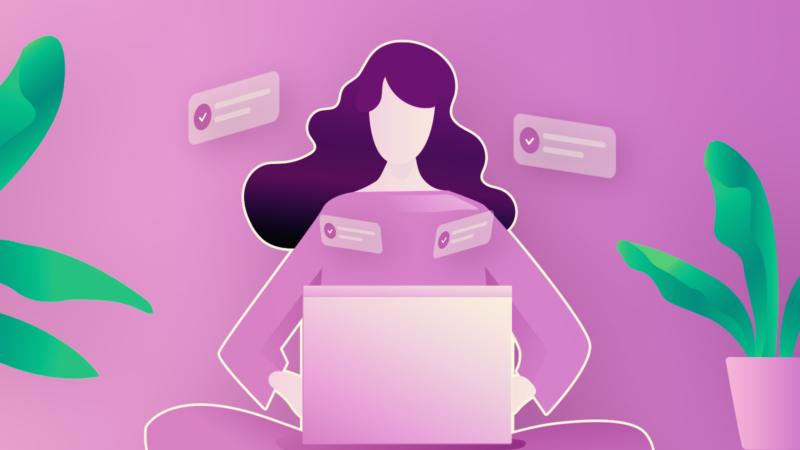 How to write a great internship cover letter (with examples) 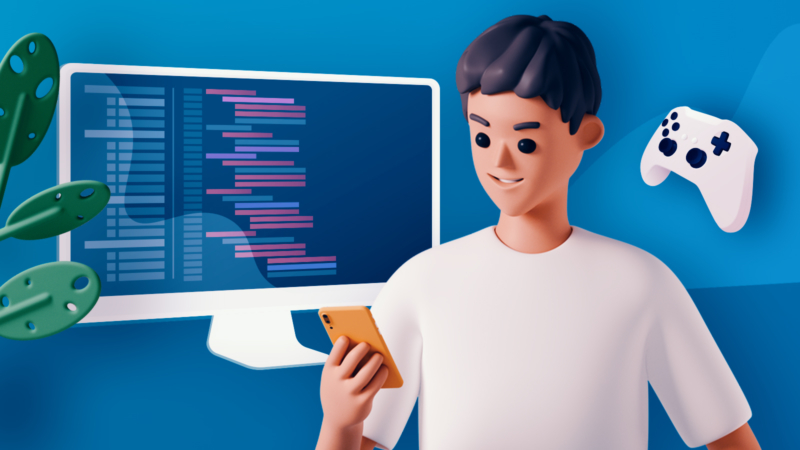 Types of programming jobs in gaming in 2022 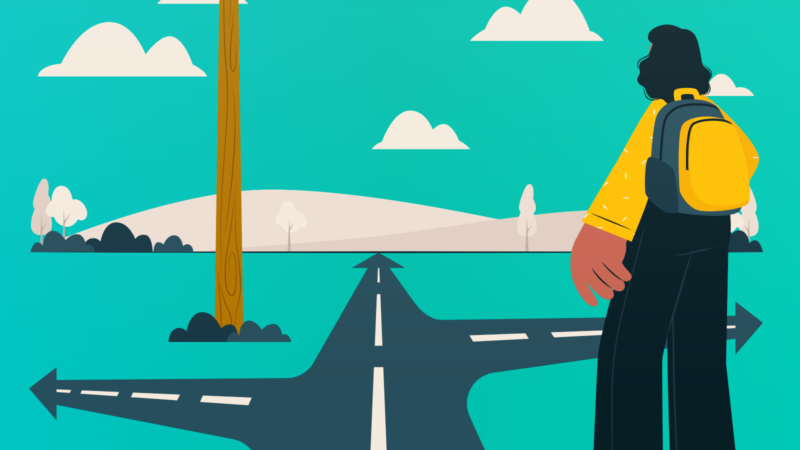 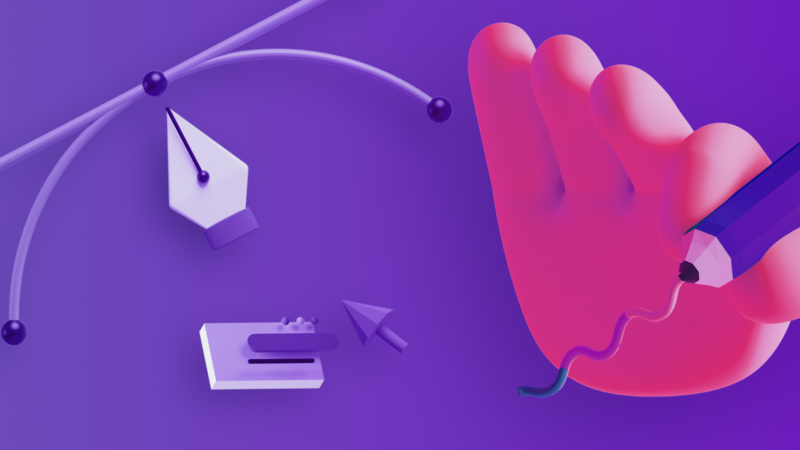 Getting a job in gaming: graphic design with 100 Thieves' George Nowack 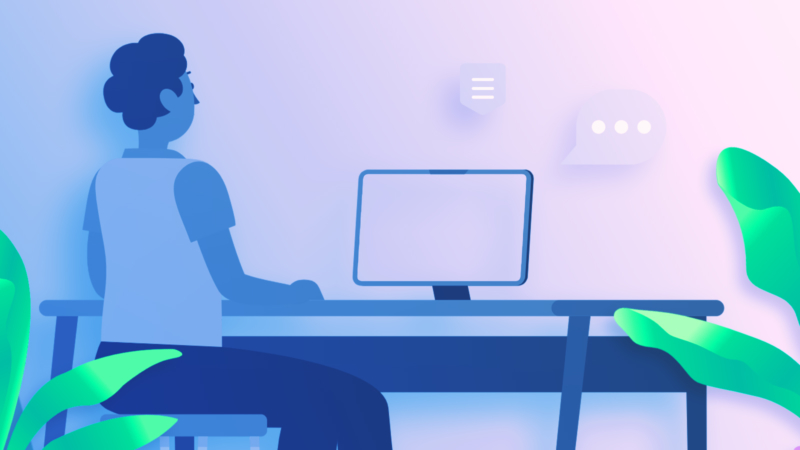 Getting a job in gaming: journalism with Esports Insider's Adam Fitch 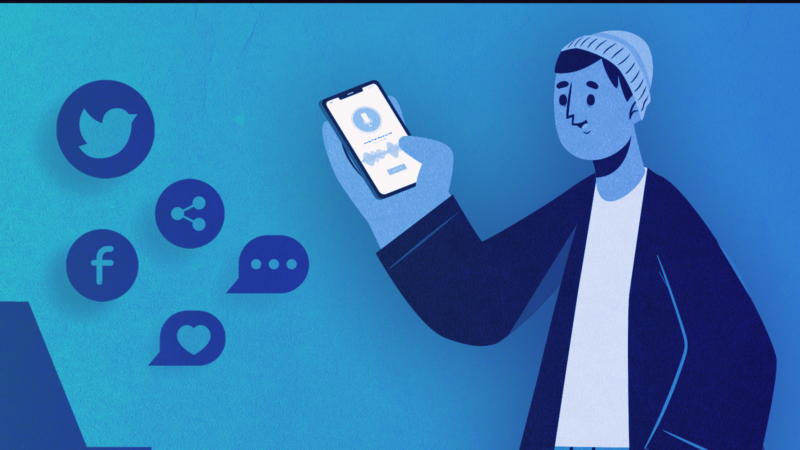 Getting a job in gaming: social media with Excel Esports' Nathan Edmonds 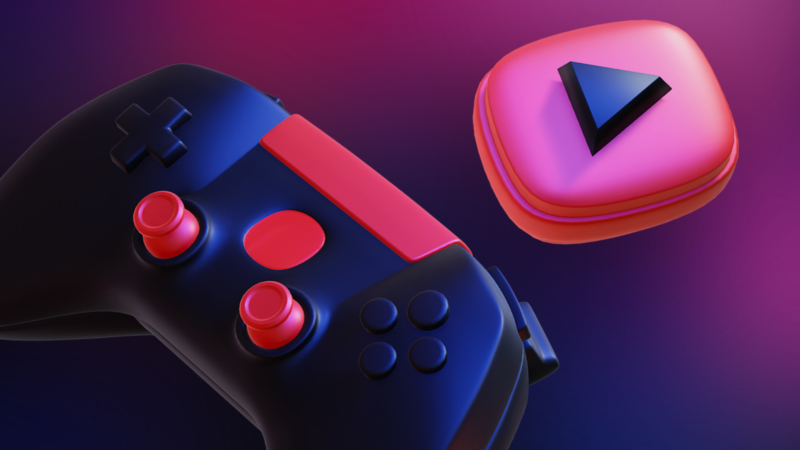 Getting a job in gaming: content management with Atlanta FaZe and Atlanta Reign's Jarel Bell 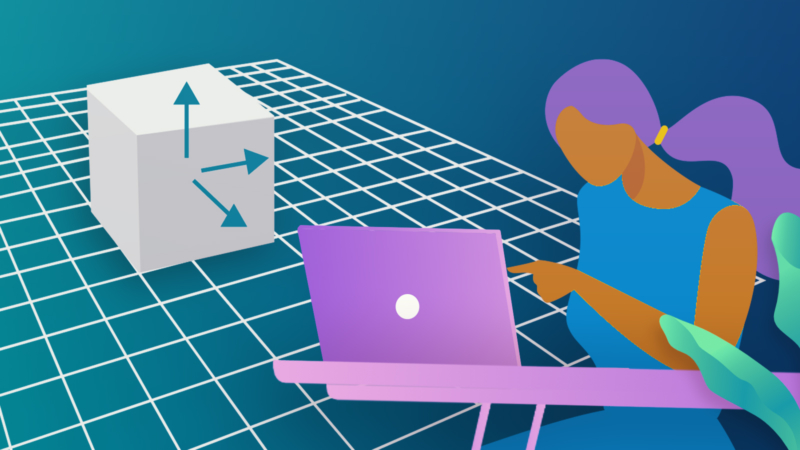 Getting a job in gaming: 3D art with Team Liquid's Tiago Paixao 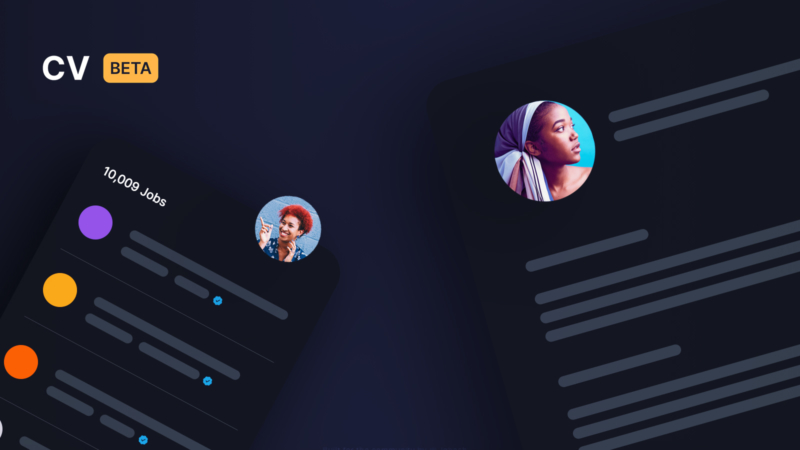